Responding to Bible Criticism in an Age of Reason

In this course, Rabbi Belovski will explore some of the thorniest challenges to traditional Judaism of the past 200 years since the rise of Biblical Criticism. Issues considered will include: Divine authorship of the Torah. The Documentary Hypothesis (Higher Bible Criticism) as well as Lower Bible Criticism and Textual Integrity. This course will involve the study of Maimonides, Ibn Ezra and other commentators to understand responses to these challenges.

I am honoured to have been appointed Rosh Midrasha 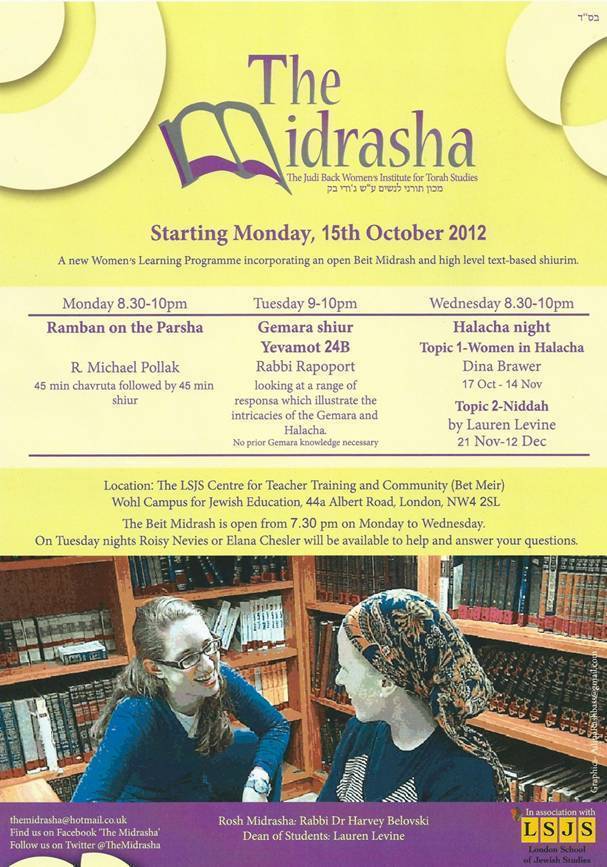 An Introduction to the Objectives of Jewish Bible Commentary

Council of Christians and Jews, Bournemouth 23/06/11

‘Illiterate Jew’ is an oxymoron. (Attributed to Lord Jakobovits)

Literacy is not a luxury; it is a right and a responsibility. (Bill Clinton)

Promoting Jewish literacy – familiarity with classical Jewish texts and the ability to manipulate them – is something that every rabbi holds dear.  Happily, the recent growth in Jewish schooling and other educational initiatives has improved Jewish literacy within our mainstream communities, which had for years viewed synagogues as the sole panacea for their existential ills.

Yet there is a recurrent issue with the relatively low level of textual Jewish studies taught in high schools serving the centrist Anglo-Jewish communities.  This is evident from my numerous conversations with British students about their post high-school experiences in Israel: I have lost track of how many times I have heard bright and motivated British teenagers grumble that they lag behind their American fellow-students; this is corroborated by their perplexed and rather frustrated tutors.

It is important to recognise that the US Jewish high school system differs greatly from ours: the separation of Church and State there means that the schools operate independently from the mainstream system, which apart from making them eye-wateringly expensive, allows them to determine their own agendas.  Although UK graduates generally perform better in secular subjects, there is no escaping that notwithstanding the opportunities they have had for extra-curricular learning, ‘text clubs’ etc., the alumni of our schools are usually much less Jewishly literate than their US counterparts.

I have previously mentioned my view that the greatest impediment to Anglo-Jews engaging seriously with Jewish observance and Torah study is the certainty that it will inhibit, rather than enhance, their life-aspirations.  This conviction lies at the heart of the Jewish literacy issue: parents and even some educators associate textual competence with religiosity and poor social integration; as such, they resist including too much of in the school curriculum.  As far as many Anglo-Jews are concerned, Jewish literacy is only for ‘frummers’.  I have even heard from directors of school Jewish-studies programmes that they are often pressured by parents and board members not to increase the quantity or intensity of their provision.

In contrast, many American educators have realised that Jewish literacy is actually the entrée to every aspect of Jewish life.  They understand that training their students to read Bible commentaries and Talmud, as well as teaching them to speak good Ivrit, are valuable ends in themselves – they regard them as indispensable components of a decent Jewish education.  Interestingly, this attitude cuts across the observance spectrum: Orthodox high schools that would describe themselves as ‘very modern’, along with Conservative educational institutions, devote many curriculum hours each week to high-level textual study.  They realise that every facet of their students’ Jewish lives is enhanced by being able to understand and discuss Judaism ‘in the original’.  Irrespective of their commitment to observance, ‘textual aficionados’ gain an unmediated appreciation of their Jewish origins and identity, connect profoundly with other Jews and communities around the world, form a unique bond with Israel and its people, and, quite simply, internalise a deeper sense of the history, development, challenges and aspirations of the Jewish people than their less-literate friends.  It is clear that many American Jews, irrespective of their degree of commitment and conviction, buy into the idea that proper Jewish literacy enhances their lives and expands their horizons.  Sadly, there is no equivalent educational culture among their British counterparts.

Our children have a right to real Jewish literacy and it is our responsibility to deliver it.  Our communities face many challenges; meeting this responsibility is one of the biggest.  Some adult education centres are pioneers in this field; I am proud to be associated with a number of transformational programmes.  I am also aware that some established schools are improving their textual provision and imagine that the newer ones will build their curricula around it.  But until real Jewish literacy is a central aspiration for our children, they will always be playing ‘catch-up’.

I understand parental resistance to intensive textual study: it can seem alien, consumed with obscurities, and for many who have managed adult Jewish lives without it, a diversion from reality.  Yet in reality, attaining Jewish literacy is a, perhaps, the focal aspect of the ‘Art of Judaism’:  Torah study, more than any other endeavour, including even prayer and mitzvah observance, paints the world ‘Jewish’.  It’s not just about the language, although that’s clearly very important, but about the excitement of learning to see every part of the human condition through a Jewish lens.

At the end of a list of important social responsibilities, the rabbis add the dictum ‘but the study of Torah is equal to them all’,[1] on which the Baal Shem Tov (founder of Hasidism) comments that ‘through the Torah, everything can be fixed’ – Torah study opens doors to every aspect of Jewish life.